Shovel in hand, Naila Shah regularly walks two miles from her home to a newly planted apple orchard, high in the mountains of Khyber village in northern Pakistan.

Only two years ago, it would have been practically impossible to grow apples in this part of Pakistan, 2,500 metres (8,200 feet) up in Gilgit-Baltistan region's Gojal Valley.

Although the Khunjerab River provides plenty of water to those living in the valleys below, local farmers used to have no efficient way to get it up the mountain-sides.

But the installation of a hydraulic ram (hydro-ram) pump has changed that. It harnesses the pressure of fast-flowing water, such as a river, to drive a share of that water uphill without needing any other power source.

Because the pumps work without electricity or fuel, they are cheap to run and produce no climate-heating carbon emissions.

"Previously, we used to survive on rainwater," said Shah, a teacher and secretary of a local women's development group.

"The land used to be barren, as water couldn't be lifted from the river flowing right next to the area," she said, digging out weeds from around the bases of young trees.

"But these high-efficiency irrigation systems, which aren't an expensive technology, can be used to improve the livelihoods of local communities," he told the Thomson Reuters Foundation.

Each pump is connected to a drip irrigation system that delivers a steady, gentle flow of water to mountain-top crops, using less water than many traditional irrigation methods.

Upkeep of the pumps, which cost up to 70,000 Pakistani rupees ($430) to build and install, is easy and affordable for communities, who have welcomed the new systems, Raza added.

Those systems should help irrigate 1,050 acres of orchards in nearly a dozen districts, according to Mudassar Maqsood, associate programme coordinator at ICIMOD.

The government's efforts to bring water to high-altitude communities may also get a boost from nature itself.

Climate experts predict shifting rainfall patterns in Pakistan could in future move the wet season away from its southern and central plains to northern mountain regions.

Muhammad Irfan Tariq, who recently retired from his post as director general of Pakistan's climate change ministry, said the plains might eventually get less monsoon rain than they do now.

That could lead to a drop of up to 15% in the country's wheat harvest, he noted, without specifying a time frame.

"Climate change is affecting the agriculture sector now and will continue to do so in future," he said. 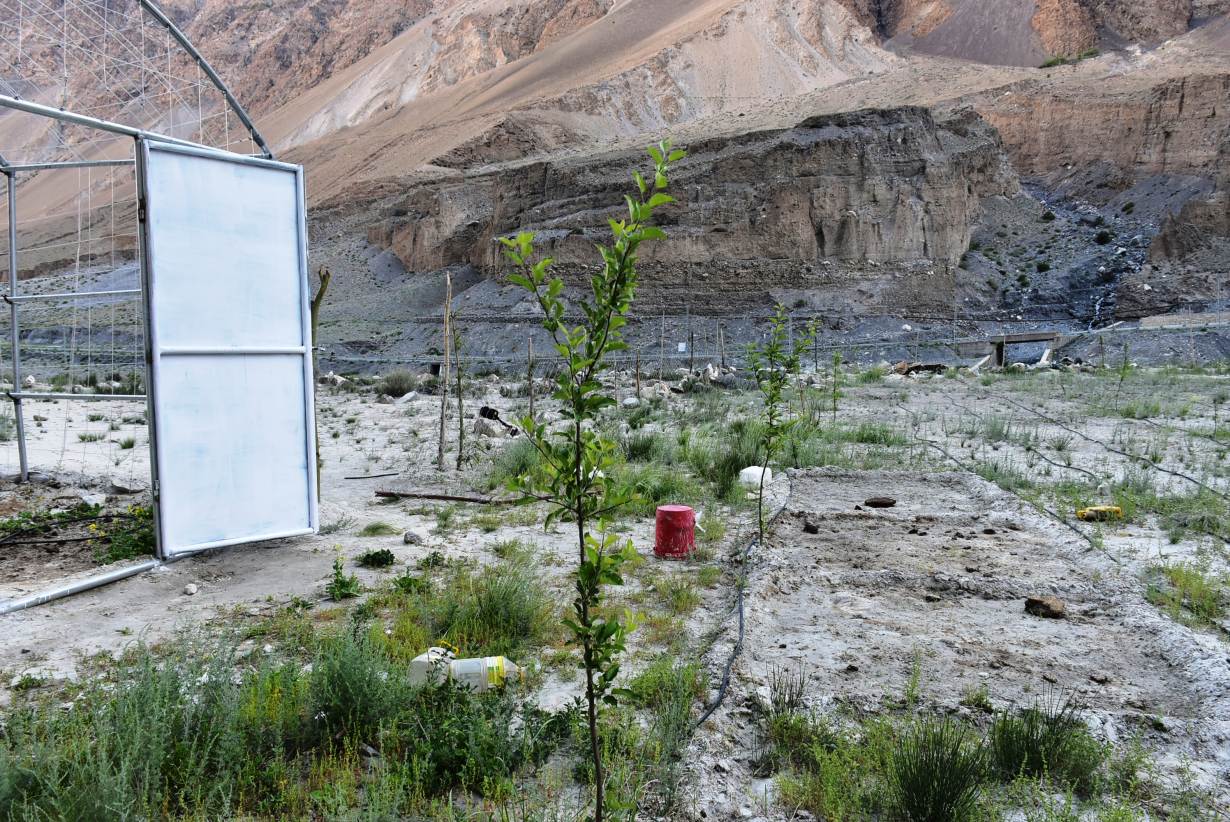 If the rains keep moving north, that could increase pressure on mountain farmers to grow more grains like wheat and rice, said Ali Tauqeer Sheikh, former CEO of Leadership for Environment and Development-Pakistan, an independent think-tank.

But that would be a mistake, he warned.

Trying to replicate the conditions of areas like Punjab in the mountains would put too much strain on the higher terrain and could lead to more flooding in the plains below, he said.

"The Hindu Kush Himalayan region of Pakistan is a highly fragile ecosystem and if it gets destabilised due to unsustainable practices, the frequency and intensity of downstream disasters will increase," he said.

Pervaiz Amir, director of the non-profit Pakistan Water Partnership, said mountain farmers should instead focus on crops that are suited to elevated altitudes.

"Higher rainfall in this mountainous region offers a golden opportunity to grow high-value crops such as cherries and apples that can lead to greater profits," he said.

For Shah and the other women farmers in her community, that golden opportunity may have already arrived with a simple pump system that enables water to flow uphill.

To bring in some money as they wait for their apple trees to mature and bear fruit, they have planted potatoes and peas in the spaces between the trees, Shah said.

"In the beginning, the work was difficult, as the land was barren and there was no water," she said. "(Now) the land has turned green."