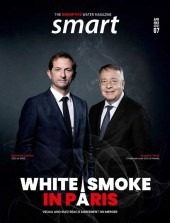 A “new Suez” and a world champion of ecological transformation are to be born. After a bitter eight months of cautioning statements, televised interviews, new proposals and legal battles, Veolia and Suez have finally managed to come to an understanding. On Monday 12 April, the board of directors of the two French firms announced they had reached an agreement on Sunday evening on the terms and conditions of the merger of the two groups.

Veolia agreed to pay 20,50 euros a share for the 70 per cent of Suez it does not already own, which is 1.4 billion more compared to the 18 euros initially proposed by the Antoine Frérot-led company on February 8 and the price it had paid Engie for 29,9 per cent of Suez last year. At the time, Suez had considered the price insufficient, demanding 22.50 euros per share. In March, Suez Chairman Philippe Varin had told French daily newspaper Le Figaro that Suez would only be open to discussions if Veolia improved its takeover offer. The total value of the transaction is now 13 billion euros ($15 billion). Engie will also benefit from the revised takeover price.

The creation of a new Suez

The proposal will create a “new Suez” with 6.9 billion euros in revenue (compared to 17 billion in 2020). The entity will be owned by a majority of French shareholders, including the French public institution Caisse des Depots et Consignations, investment fund Meridiam and the consortium formed by Ardian and the private equity firm Global Infrastructure Partners (GIP). Employees will also be able to participate with up to 10 per cent of the capital. The two companies have agreed that the social benefits of Suez’s employees must be maintained for four years, although Veolia’s CEO said in a conference call that the benefits would be preserved for ten years.

Meridiam, who had confirmed interest in taking over the sale of Suez by Veolia in March, ratified in a statement on Monday that it is ready to take at least 40 per cent of the future company if the terms allow for the implementation of a long-term industrial project, reports Bloomberg.

Veolia agreed to pay 20,50 euros a share for the 70% of Suez it does not own, 1.4 billion more than the 18 euros initially proposed

Although Veolia had only offered to sell Suez’s French assets up until now, the new company is to englobe much more. According to the newly reached agreement, the “new Suez” will be made up of the company's municipal water and solid waste activities in France, including the International Research Center on Water and Environment (CIRSEE), Suez’s main competences center, as well as certain other activities, such as its water business in Italy (including its stake in Acea), the Czech Republic, Africa, Central Asia, India, China, Australia, and its digital and environmental activities.

In Spain, the future of Aigües de Barcelona (Agbar) has been one of the key factors in the conflict between the two water firms, reports Expansion. While Suez was prepared and willing to sell the Catalan water distributor, Veolia wished to maintain control over the company, not only to grow in Spain but also due to its strategic position in Latin America through Aguas Andinas.

“The conclusion of an agreement between Suez and Veolia will enable the construction of the world champion of ecological transformation around Veolia, offering France a reference player in a sector that is probably the most important of this century,” said Antoine Frérot in a press statement on Monday. The implementation of Veolia’s ambitious project includes revenues of around 37 billion euros.

During the negotiations, Suez agreed to deactivate the Dutch foundation it had created to protect its assets in France and to terminate its agreement with Australian Cleanaway, which on April 6 had come to an arrangement with Suez to acquire its local recycling and recovery business for $1.93 billion. The transfer contract was ready to be signed but could be cancelled at any time before May 5 if Veolia was willing to sit down and discuss a new proposal. Experts believe this manoeuvre was critical for Veolia and Suez’s new disclosed arrangement, as the sale of Suez’s recycling business in Australia was considered critical for Veolia’s future expansion project.

Is this agreement beneficial for both parties?

On April 12, shortly after the two French giants announced a $15 billion merger plan, shares in Suez increased 7.57% and Veolia Environment 4%. But is this agreement positive for both companies?

Meridiam, interested in taking over the sale of Suez by Veolia in March, has ratified it is ready to take 40% of the future company

When Veolia had initially acquired the 29.9% stake in Suez from Engie, the motive for a later merger was to be better prepared to compete with global contenders from China, had said Veolia’s CEO, Antoine Frérot.

“This project will enable us to complement the solutions we provide to public and private actors in order to give them the means to sustainably reduce their environmental impact. This historic opportunity will enable us to build the French world champion in ecological transformation, while accelerating international development and strengthening the new entity's capacity for innovation. This project is part of a friendly approach, as we share the same businesses, corporate culture and values with Suez.”

From the beginning of the negotiations, Suez had maintained it was against the proposal, declaring it hostile, and threatening it would use all the means at its disposal to protect the interests of its employees, clients and stakeholders. It placed its French water business under a foundation in the Netherlands as a major obstacle for Veolia and started negotiating the sale of businesses it knew its rival considered strategic.

In February, Suez had said in a statement: “A transaction that would involve SUEZ’s dismantling threatens the Group’s corporate interest.”

According to Barrons, the market was clearly sceptical anything would happen because the shares had remained fairly static ahead of the final agreement. But what changed?

A recent report by S&P Global Ratings, released late March, found that the benefits for both parties were clear.

“Adding Suez would turn Veolia into a global leader in water, environment, and energy solutions, therefore the combined group would benefit from a stronger market position and greater diversification.”

The ratings agency added that should a full takeover not have succeeded; Veolia’s best move would have been to increase its stake in Suez and become the majority shareholder. “If this were to happen, we believe Veolia could fully consolidate Suez, in which case our business risk assessment would be similar to that under a full takeover situation.”

In Spain, the future of Aigües de Barcelona (Agbar) has been one of the key factors in the conflict between the two water firms

According to S&P, at a time when macroeconomic trends are becoming more favourable for the sector globally and consolidation is poised to accelerate, joining forces would be presumably positive for Veolia and Suez. In addition, the enlarged group would enjoy greater geographic diversification and increased opportunities to manage portfolio arbitrage and optionality, barring major adverse events.

Regarding Veolia’s water business after acquiring Suez, S&P reports that the group would benefit from long-term contracted water distribution operations in highly-rated countries such as France, Spain, and the U.S. Its water services would represent approximately 34% of Veolia's revenue compared with 32% previously.

According to Barclays analysts, “For Veolia, this agreement ends months of uncertainty, which has held back the shares. Although we’re still missing more detailed financial information, we believe investors will take the view that this agreement will be realized leading to a win-win for both.” 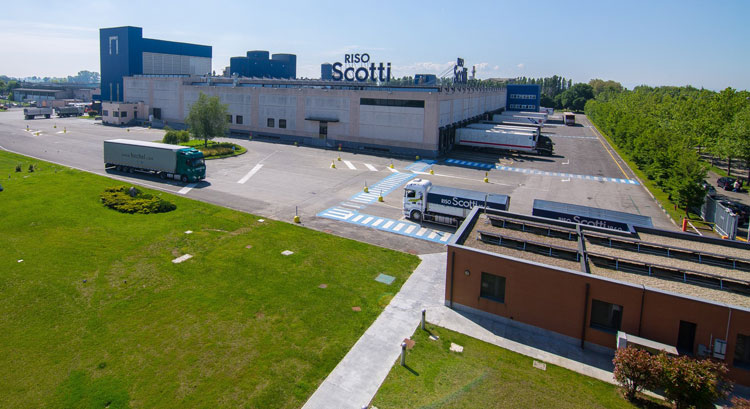 Even though the benefit of joining forces seems to outweigh the cons for the two companies, Barron believes that one of the key reasons why a deal was struck between the two players is because Veolia was seeking to vote at Suez’s nearing annual shareholder meeting. In the encounter, it may have attempted to topple Suez’s senior management team, adding that this is not the best of reasons to come together.

Antoine Frérot stated on Monday: “This agreement is beneficial for everyone: it guarantees the long-term future of Suez in France in a way that preserves competition, and it guarantees jobs. All stakeholders in both groups are therefore winners. The time for confrontation is over, the time for combination has begun.”

However, Suez chairman Philippe Varin’s statement to the press was more cautious: “We have been calling for a negotiated solution for many weeks and today we have reached an agreement in principle that recognizes the value of Suez. We will be vigilant to ensure that the conditions are met to reach a final agreement that will put an end to the conflict between our two companies and offer development prospects.”

Vigilance is the keyword in Varin’s declaration. On Monday, the two companies said the plan is for an “integration and mix of teams” and there are commitments from Veolia over the composition of the management teams at the headquarters and in different countries. However, only time will tell if these two lifelong competitors will be able to work together on these two ambitious projects.

The battle had also taken a political turn, with the Minister for the Economy, Bruno Le Maire, intervening on several occasions. At the end of March, the Minister said that an amicable agreement was possible between the two rivals and welcomed the merger on Monday. The agreement “preserves competition for the benefit of customers between two major French industrial companies. It guarantees their positive development on the national and international markets and it preserves employment."

The Confédération Générale du Travail (CGT), French labour union federation, was less enthusiastic about the takeover. The CGT secretary of the European works council of Suez, Franck Reinhold von Essen, expressed on Monday a "real feeling of betrayal on the part of the board of directors, which seems to have given in to the pressure of Veolia, while the means to negotiate something else existed," reports Le Monde. 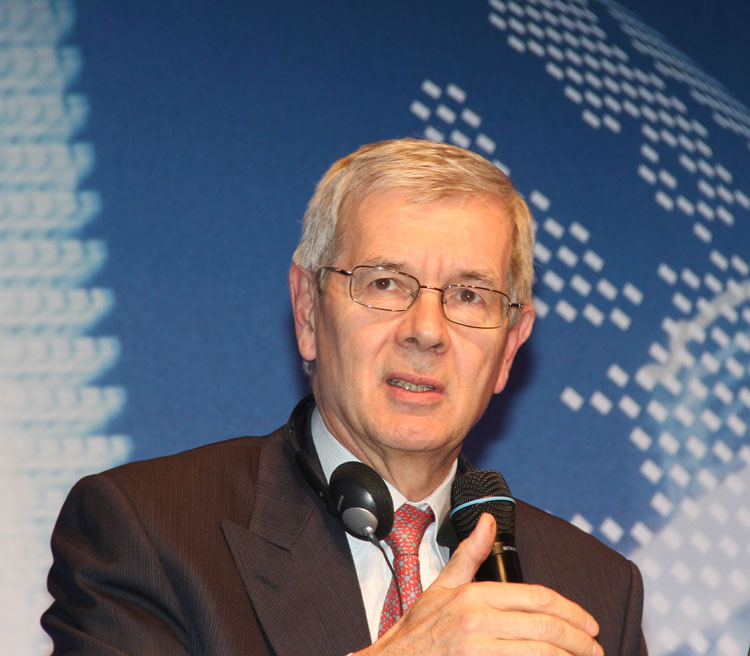 "At first glance, we are not satisfied with the scope, because there is talk of 6.9 billion euros constituting the new Suez, which is not the critical size that would guarantee the sustainability of jobs through the development of the company," he added. "We have not been associated with this pre-agreement, which is frustrating," he concluded, adding that he hoped to get things moving by the time the final agreements were reached, before 14 May.

The merger between the two French giants has certainly surprised the sector. Even if there was always a chance of possible negotiations, the industry believed that there would be delays at least until Suez's stakeholders vote at the next annual general meeting, either in May or June 2021. However, Veolia and Suez have not only come to a mutual understanding, but have said a definitive agreement is to be reached by May 14.

After eight months of legal proceedings, pressure tactics and warnings, as well as political tension, the duel between the two water and waste giants, although now resolved, will remain a major episode in the history of French capitalism. Veolia and Suez are considered global leaders in environmental services, but as S&P concludes, even combined, represent less than 2% of the fragmented global waste and water market. We must now wait and see if the two companies truly put their differences aside to build a new Suez and Veolia’s “world champion of ecological transformation” to face potential Chinese competitors.