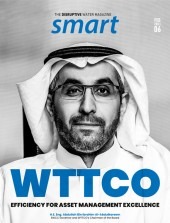 We worry more and more about the effects of human activity on the environment given our way of life: food, transport, industry, trade, etc. Concerning transport, much is said about the carbon footprint of flying, but what about the water footprint?

We delve in-depth into airport management to learn how our precious resource is managed in the air travel industry.

Have you ever wondered how much water is necessary to travel by plane? And when we say airplane travel, we don't just mean getting on a flight and flying, but also everything it involves: airports, sanitary facilities, terminal and aircraft cleaning, drinking water, etc.

It seems nowadays, with climate change on our heels, we are very concerned about our carbon footprint and how much we contribute to global warming when we fly (or we used to fly), but have you ever thought about how much water is used when traveling by this means?

Airports and everything involved in their management use an important amount of water, and given the climate situation we are in, we should find sustainable alternatives to water consumption and optimise water use efficiency. Thus, many airports and airlines are adopting different environmental strategies to reduce their water footprint.

Worth noting is that in airports, most of the water is used for non-potable uses, that is, to clean the airport facilities and the airplanes, for sanitary and manufacturing purposes, and to maintain the air fleet. This fact makes it easier to find ways to reduce water use, since it is not used for human consumption, and allows the use of systems that capture rainfall (sustainable urban drainage systems or SUDS) or grey water reuse. 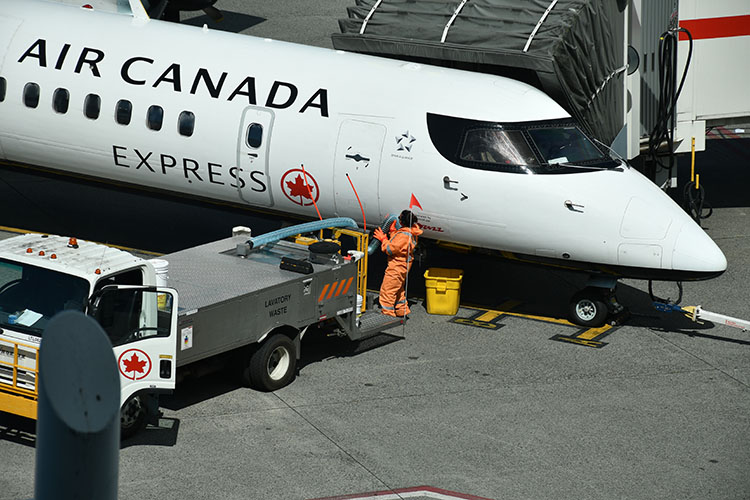 Airbus, the aircraft manufacturer, reuses water in its industrial and manufacturing processes, measures and automates leak detection, and prevents water contamination with chemicals through a gradual replacement of dangerous substances.

In 2019, Airbus reported a total water consumption of 3,987,289 m3, slightly higher than in 2018. However, the company has committed to developing solid maintenance and rehabilitation programmes to improve reliability and reduce costs, in order to reduce water purchase by 50%, without increasing consumption. Thus, in the city of Hamburg, Airbus treats water from the river, and in Spain, it is installing waterless urinals and is replacing the air-cooling system.

Likewise, the French airline company Air France believes that reducing water consumption requires prevention and innovation, and in its last sustainability report, it revealed that the company divisions that use most water are: catering (which represents approximately 45% of the total water use), maintenance and engineering (approximately 25%).

In Salt Lake City Airport, in Utah, sustainable irrigation practices were able to reduce water use by 74% in 10 years

In the case of Spain, in 2018 AENA (the state-owned company that manages airports of general interest in Spain) started to prepare a specific strategic plan to manage water in its network of airports to establish a framework for action according to the objectives in the company's 2018-2021 Strategic Plan. The actions implemented by AENA concerning water can be seen in the Adolfo Suarez Madrid-Barajas Airport, the most important one in Spain. To prevent any potential pollutant discharges, it has separate water treatment lines for stormwater and for wastewater.

Moreover, stormwater treatment is executed in plants that separate suspended solids and hydrocarbons, which are stored in a tank. This way they ensure that rivers and streams are not polluted by plane fuel.

Lastly, the quality of the wastewater that ends up in the sanitation system is monitored regularly. The same is done in the second most important airport in Spain, the Josep Tarradellas Barcelona-El Prat Airport, where drinking water from the airport's network is analysed regularly. This drinking water comes from a company external to the airport and from several wells located in the airport site.

On the other hand, the high water table and gentle slope at the airport hinder surface drainage, so there are a series of canals that capture water on the surface to convey it to three pumping stations: Remolar, Illa and La Roberta. 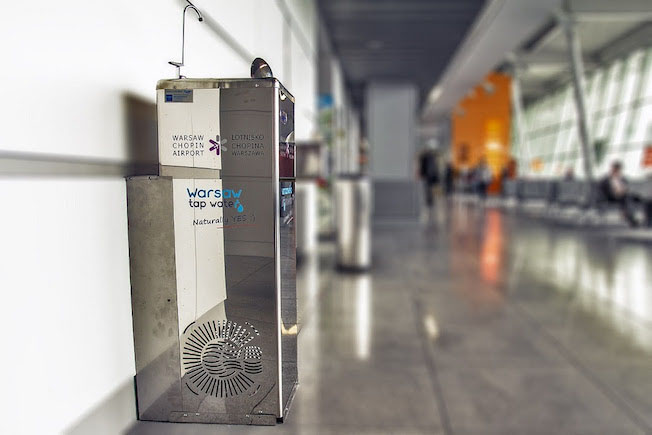 Airports that establish protocols for water conservation tend to see significant reductions in water use per passenger. For example, between 2011 and 2016, the Dallas Fort Worth International Airport in the United States managed to reduce water use by 24.3%. In 2016, this airport was awarded the highest environmental distinction, a recognition of their efforts towards sustainability, by lowering their levels of carbon emissions and making good use of resources such as water and electric power.

Elsewhere, the Los Angeles Airport reduced water use by 6.3% in just one year, and the Orlando International Airport did the same between 2010 and 2016, lowering water use by 11.5%.

Some of the strategies include using reclaimed water, stormwater management, artificial wetlands, re-design of infrastructure, or saving water used for irrigation purposes.

Given the climate situation we are in, we should find sustainable alternatives to water consumption and optimise water use

For example, using plants that are drought-resistant can save litres of water, and requires fewer fertilisers and pesticides, thus achieving a double purpose: saving water while using less polluting substances.

In the case of the Salt Lake City Airport, in Utah, sustainable irrigation practices were able to reduce water use by 74% in 10 years, and in California's airports, a state where drought is quite evident, water produced through condensation in air conditioning systems is used for irrigation, a process that captures up to 100,000 gallons per year. Furthermore, artificial turf has started to replace natural turf in many terminals. 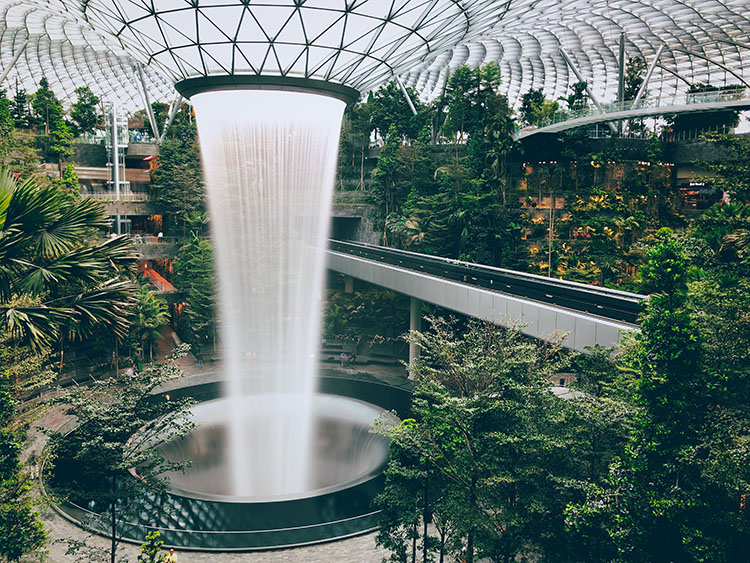 Besides the water needed for daily operations, airports need drinking water for passengers and staff. In the terminals and the rest of the facilities, water is needed for visitors, for staff working on site, and for catering services; many airports have implemented measures to reduce water consumption and thus increase resource sustainability.

That is the case of Frankfurt Airport in Germany, where low flow taps have been installed, a measure that has led to thousands of cubic metres of water saved per year. In Belgium's largest airports, waterless urinals have resulted in 32 million litres of drinking water saved per year, an environmentally sustainable practice that also enables airports to reduce costs.

In airports, most of the water is used for non-potable uses: cleaning, sanitary and manufacturing purposes, and maintenance

Concerning catering services, Air France and KLM use the "EcoShine" method to clean the outside of airplanes, a process that uses 100 times less water than the system previously used. They have also installed water meters to reduce the amount of water used by the dishwashing service in the catering area.

As you can see, there is no exact formula to eliminate the water footprint of airplanes or airport management, but it is in our hands, and in the hands of airlines and managers, to start to fly in the right direction.