Water pollution due to illegal gold mines is a serious problem in Ghana, a country in which 70% of the diseases are caused by unsafe water. Galamsey is a phenomenon that prevents the economic growth of the country and pollutes rivers and aquifers to lethal levels. This is the case of the Ghanaian protagonist of the short film Nothing Has Changed, finalist of the We Art Water Film Festival 4.

Nothing Has Changed, short film by Apag (Ghana), finalist of the We Art Water Film Festival 4 in the Micro-fiction category.

In Ghana, every single day, Whoe walks barefoot for miles to fetch water. If the fountain is not working, he needs to go to the river and crosses a dumping site. As he says “garbage is closer than water,” and his prospects are not good: the water in the river is polluted with the waste of illegal gold mining. Mercury, arsenic and lead can be found in the water in totally unhealthy proportions. This is a serious problem that affects Ghana and many other developing countries that suffer the environmental consequences of illegal gold mining. They call it galamsey, a term derived from the meaning of the Ghanaian words “gather them and sell.”

Artisanal gold mining is an ancient tradition in Ghana, but the price increase of this noble metal in 2007 unleashed a real “gold fever” among the poorest sector of the population, which was hit by unemployment. It is estimated that around 200,000 Ghanaians earn an income from illegal mining, which indirectly benefits around three million people. 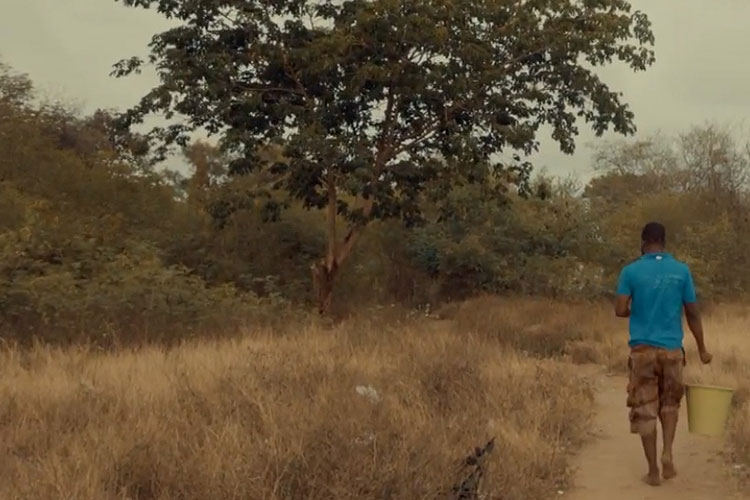 Immigrants in search of gold

The Ghanaian gold fever crossed borders and arrived in China. At the beginning of 2019, the Ghanaian government estimated that over 50,000 Chinese were in the country illegally mining gold. For the African country, which is the tenth largest gold exporter in the world, this influx of extractive immigrants is a serious economic problem, which has led to political tensions with China this past year: according to government estimates, the amount of gold that left the country towards the Asian country exceeded $2.3 billion in 2016.

This is also a social problem, as competition between illegal Ghanaian and Chinese miners is another source of constant tension and confrontation, and a cause of imbalance in the mining areas, where farmers and cattle breeders have been displaced.

70% of the diseases in Ghana are caused by polluted water and the lack of sanitation and 4,000 children die of diarrhea every year

The destruction of the environment

But the problem is not only socioeconomic. This wave of illegal mining triggered water pollution in rivers and aquifers. Miners use mercury to extract the gold from the minerals it is mixed in. This heavy metal adheres to gold, forming an amalgam that facilitates its separation from rocks or sand; the mixture is then heated to evaporate the mercury and obtain gold. This is the method commonly used by illegal miners, whose limited resources prevent the use of safer but more expensive methods.

This system, extremely harmful to the health of miners, is highly polluting to the soil and water. The activities of the galamseyers have ruined much of Ghana’s forest cover and have caused the pollution of rivers and aquifers.

As Whoe explains in the short film, 70% of the diseases in Ghana are caused by polluted water and the lack of sanitation and 4,000 children die of diarrhea every year. The poorest population, with less social importance, feels powerless when confronted with the lack of a safe water supply and the proliferation of polluting mining.

Water and sanitation to fight poverty 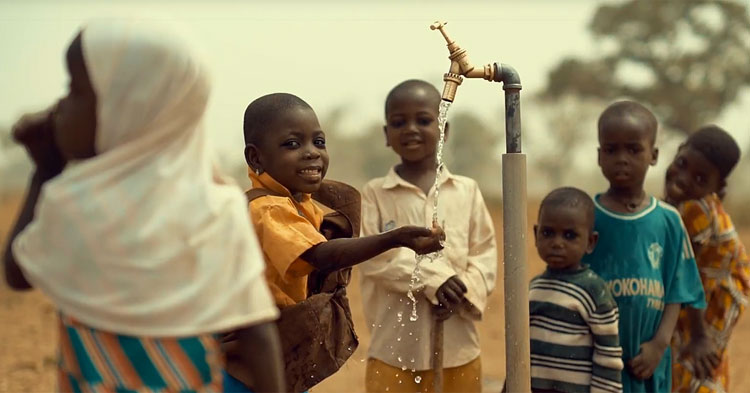 Ghana is a country that has made significant progress against poverty in the last decade. However, there are still very depressed areas with no access to water or sanitation, such as the Zabzugu district, in the northern region of the country, where the We Are Water Foundation, together with World Vision, carried out a project for the construction of wells that benefitted over 6,300 people in an area where only 38.3 % of the population has access to drinking water and 15.2 % has adequate latrines. This is one of the reasons why 50 out of every 1,000 children born in this area do not reach their first birthday, and 100 die before reaching the age of 4. Also 71.4% of those children under the age of 5 suffer from chronic malnutrition and 52.1% from acute malnutrition. The Foundation’s projects also reached the town of Old Ningo, in the Prampram district, where latrines were built in the Ahwiamun community, in which most of the population defecates in the open.

The government efforts to end these pockets of poverty, many of them ravaged by illegal mining, are hampered by high levels of corruption facilitated by flagrant legal loopholes and by the lack of investment in adequate technology for environmentally friendly mining.

The father of Whoe, the protagonist of the short film, grows sick from water pollution. For Whoe nothing has changed (hence the title of the short film) and water continues to be far away and polluted. It is a planetary responsibility that people like Whoe, who suffer the lack of access to drinking water, do not age without having attained it.