The new society that is emerging from the crisis will have to integrate health emergencies into a more global vision with the values of proportionality and cohesion that are characteristic of the culture of the green economy. The path towards the SDGs must consider the fact that a pollution-free and ecologically balanced planet is synonymous with health. 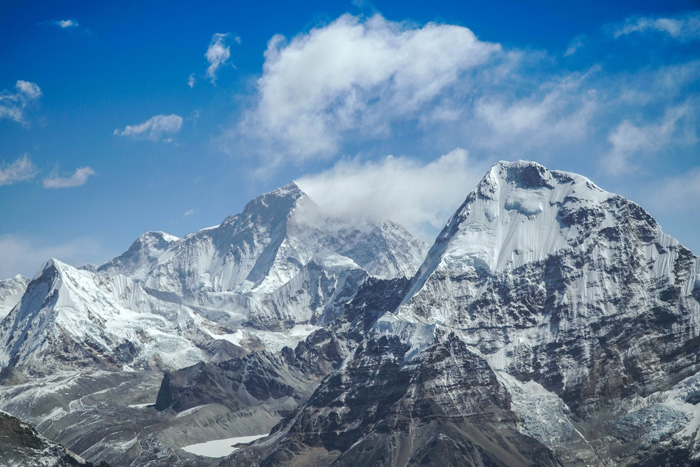 The peaks of the Himalayas became visible 200 km away because of the decrease in pollution. ©Bisesh Gurung –Unsplash

On April 3rd, the inhabitants of the city of Jalandhar, 300 kilometers north of New Delhi, experienced something that only the elders remembered: the snowy peaks of the breathtaking Himalayas, more than 200 kilometers away, were visible to the naked eye. The images, which were trending topics on India's social networks, showed the extent to which the air pollution of the city in the state of Punjab had disappeared because of the government-declared confinement just two weeks earlier. The Internet was also filled with other unusual images: deer in the parks of Paris, wild boar herds in Barcelona, dolphins under the transparent waters of Venice, moss and flowers in the cracks in the pavement of the large urban avenues...

The slowing down of human activities has led to a dramatic decrease in pollution levels across the planet. And the withdrawal of humans from urban spaces has shown symptoms of the pressure we are putting on the natural environment. The term "environment" is revealed to us during our confinement with a new meaning: we are more aware of how we are invading it, how our current way of life is degrading it, and that nature is still alive out there, claiming the habitat that belongs to it and we have usurped.

Zoonosis as a symptom

We're also relearning things we seem to have forgotten. In the 14th century, the bacterium Yersinia pestis caused the most devastating pandemic in human history: the Black Death. It affected Eurasia and it is estimated that it took the lives of at least 25 million people; in Europe alone, one third of the population disappeared. At that time, no one knew what a bacterium was, and the disease was popularly attributed to various causes, from divine punishment to the poisoning of well water by the Jews.

Few medical texts of the time linked the spread of the disease to rats, specifically to their fleas, the real vector of the pandemic. In the late 19th century, thanks to Louis Pasteur's advances in microbiology, medical science coined a new term: "zoonosis," the transmission of diseases from animals to humans.

Since then, science has recognized several epidemics and pandemics as zoonotic. From the 1918 flu, wrongly called the Spanish flu, which killed some 50 million people to AIDS, Ebola, BSE (mad cow disease), SARS and avian flu. Now, COVID-19, caused by the coronavirus, a microorganism that lived in bats, is causing the greatest health crisis experienced by humanity since the Middle Ages.

Pressure on the environment and climate change 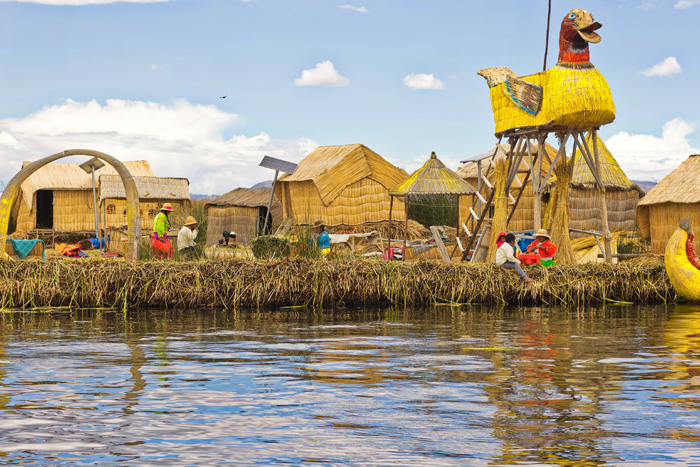 We have therefore known for more than a century that we live in an era of emerging zoonotic diseases. There are millions of different types of bacteria and viruses in animals and plants that can infect humans. According to a growing body of opinion among epidemiologists and ecologists, over the past few decades we have accelerated the invasion of natural habitats, throwing them off balance and increasing the chances that microorganisms will be transmitted between species and eventually into humans.

This is probably what happened in the Wuhan market, where many virologists believe that an animal infected by bats, perhaps a pangolin, infected the first human. The World Health Organization (WHO) warns that, all around the world, there is illegal trafficking of wild fauna and flora worth between 7 and 23 billion dollars a year, according to estimates by the United Nations Environment Program (UNEP), and this traffic is potentially a global transmitter of microorganisms.

In the late 19th century, thanks to Louis Pasteur's advances in microbiology, medical science coined a new term: "zoonosis"

For the vast majority of scientists who study the environment, this intrusion that leads to zoonosis has the same causes and mechanisms that are leading to climate change and environmental degradation. One year before the outbreak of COVID-19, the United Nations Global Environmental Outlook report warned of the high probability of the disappearance of half of all habitats and animals on Earth within eight decades. The invasion of these spaces is directly related to the extractive practices that are common in the growth models based on the linear economy that we must now abandon.

Some scientists and sociologists, such as Jeremy Rifkin, who has been warning for decades of the catastrophic consequences of climate change on humanity, are more radical in comparing these pandemics with floods, droughts and fires caused by the disruption of the water cycle. What is clear, as pointed out by WHO and the UN Refugee Agency (UNHCR), is that climate change is causing movements of humans and other species, and that animal and human life are moving closer together in space every day; consequently, hosted viruses are increasingly likely to pass from one to the other.

Strategies to stop these movements now run parallel to those of health prevention, and this pandemic clearly reveals this. In this regard, in the face of the socio-economic crisis caused by COVID-19, the Secretary-General of the United Nations, António Guterres, pointed out that "if we had made more progress in meeting the Sustainable Development Goals and the Paris Agreement on Climate Change, we would be better prepared to meet this challenge." 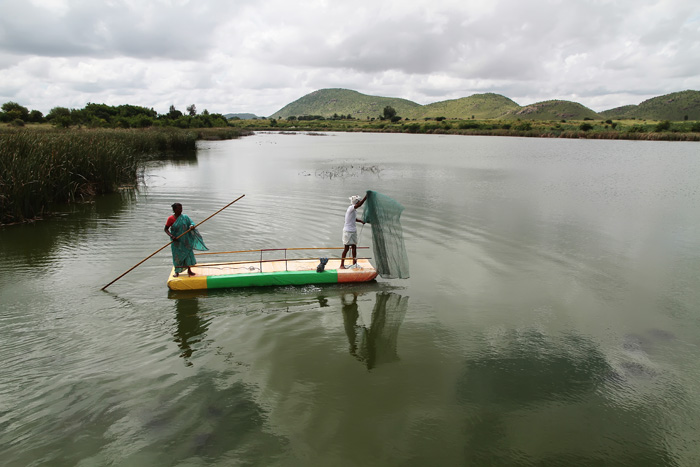 Recovery of the water balance in the Kalyandurg region in India, based on small reservoirs, in one of the projects of the We Are Water Foundation. © Javier Biscayar_FVF

The degradation of land and agricultural resources experienced in many countries affected by climate change is diluting the boundaries of natural habitats out of a need for survival. This is a situation that the We Are Water Foundation has been able to observe in most of the countries where it has developed projects to help restore natural environments. In Nicaragua, India, Bolivia and Peru, the regeneration of land and water through the implementation of ancestral agricultural techniques and education in the access to water, sanitation and hygiene prevents the degradation of the environment and facilitates sustainable growth without the invasion of natural spaces.

Pandemics on the COP agenda 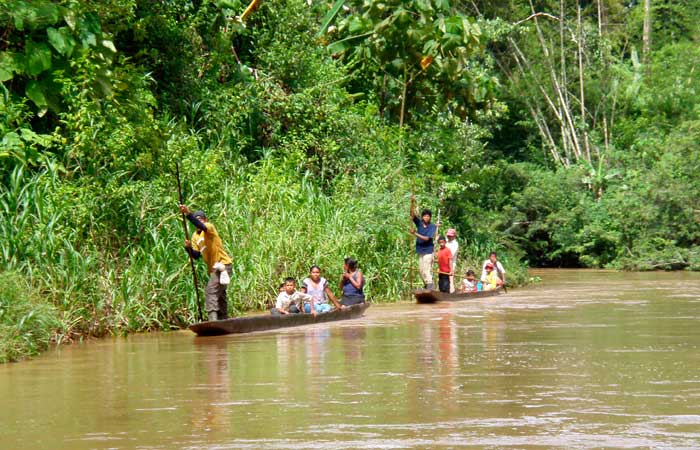 Indigenous people in Bosawas, Nicaragua, one of the biosphere reserves that must be preserved. © Josiah Townsend

One of the positive consequences we can draw from the terrible human drama of COVID-19 is to place the fight against pandemics, which will continue to threaten humanity in the future, in the same context as environmental recovery. In this sense, measures to recover from the severe economic recession will take into account avoiding health crises as well as environmental ones.

However, there is a concern among civil society, companies and institutions, which advocate the attainment of the SDGs, that the lack of economic activity is seen as the only possible way to fight climate change. Some denialist movements use the abrupt halt to pollution, which many celebrate in a somewhat irresponsible way, as synonymous with economic recession and social drama.

At the beginning of March, the European Union, at the height of the crisis, published the document "Reflections on Europe's ambitions for climate neutrality in the times of the Covid-19". It specifies the need to achieve environmental goals through a gradual and irreversible reduction in gas emissions with the priority of building a resilient economy and a resilient society, and not through disruptive disturbances such as those caused by the confinement and halting of human activity.

Hans Bruyninckx, Executive Director of the European Environment Agency (EEA) has been explicit about this: "Abrupt shocks with an extremely high cost to society are by no means the way the European Union has committed itself to transforming its economy and achieving climate neutrality by 2050.”

The announced postponement of the Glasgow climate change summit, COP 26, scheduled for November, must not slow down the achievement of the commitments to reduce polluting emissions. The daily isolation experienced by billions of people points to reflections that are not new in the world of water: the revaluation of the concepts of shared natural capital and its collective significance, the reconsideration of essential needs and the values of the circular economy. A pollution-free planet does not mean ruin, but wealth.

We are face to face with the end of nature as we have been contemplating it. The challenge is immense, and both our generation and those to come must be prepared for the most important transformation of human awareness in history: with nature, not against it. 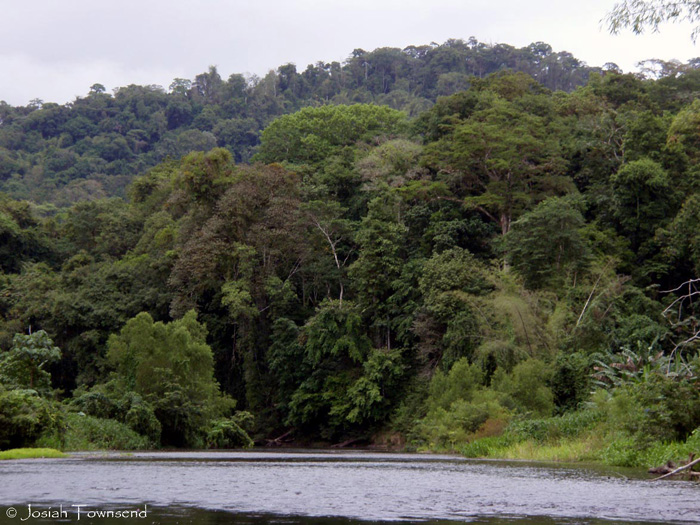 Both our generation and those to come must be prepared for the most transcendent transformation of human awareness in history: with nature, not against it © Josiah Townsend