The mountains of the southern tip of the South American continent take visitors to a journey back in time: its rivers and streams flow towards the ocean as they did in pre-industrial times, filled with pure water. Science has a privileged real-scale lab in Tierra del Fuego to study a unique ecosystem, in which water is the key factor that stores the ancestral secrets of life on Earth.

When Bruno and Willy García sailed around Cape Horn aboard the We Are Water in March 2015, they reached a milestone in their sports career as sailors. The mythical cape, one of the most difficult areas for sailing, is the southern tip of the archipelago of Tierra del Fuego, a conglomerate of islands and islets swept by the “fifty howlers”, the Western winds that blow below the 50º S.

Bruno and Willy took the message of the Foundation around the world at the Barcelona World Race, the race with two crew members in each boat, in which they participated while collaborating in its different scientific projects. Both brothers knew that the grey, threatening and mysterious silhouette of Horn they saw to the north was one of the most fascinating biosphere reserves of our planet.

The so called “forty roarers” and “fifty howlers” are the Western winds that generate the ring of depressions surrounding Antarctica. There, in the Southern hemisphere, without any land masses to slow them down, these strong air currents pick up speed generating huge waves as they travel through the southern oceans. When reaching the Andean mountain range, the winds slam against the high mountains, sometimes diverting and accelerating to form a funnel with Antarctica towards the Drake Passage. Cape Horn is located there, the gate that marks the exit from the Pacific and the entrance to the Atlantic, where the wind and wave conditions most feared by sailors are generated.

The humidity of these winds is formed by the cleanest water on Earth. It comes from the southern oceans and Antarctica and has not left its mark on polluted land. The ring of depressions surrounding Antarctica is a natural barrier that safeguards the area of the planet that is approximately below the 40°S parallel from acid rain and polluted air from the northern industrial areas. 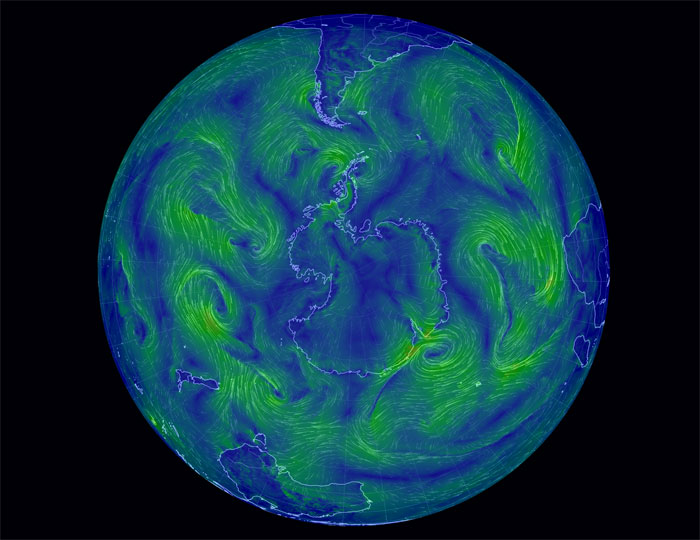 Antarctica and the chain of depressions that usually surround it. The lines show the winds. When reaching the Andes, they discharge their humidity in the form of rain or snow. The atmosphere of Tierra del Fuego is practically isolated from the rest of the planet.

This is where the world’s southernmost natural parks are located: Cape Horn National Park, made up of the archipelago of the Wollaston and Hermite islands, and the Alberto de Agostini National Park, located northeast of the archipelago, which were declared Biosphere Reserves by UNESCO in 2005. Both parks, together with the Omora Ethnobotanical Park, north of Cape Horn, are managed by the Government of Chile and institutions such as the University of Magallanes, which aim to ensure that the environment at the Chilean Tierra del Fuego remains one of the most protected on Earth and a source of scientific and educational knowledge. They make up a vast expanse where science studies one of the most fascinating and until now unknown facets of ecology that keeps the secret of millions of years of evolution.

Puerto Williams, the city with the purest water 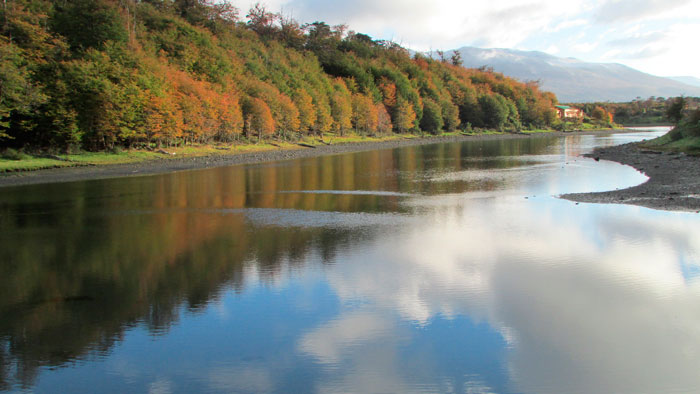 The area is not only a benchmark for science, but also for urban supply. The 2,200 inhabitants of Puerto Williams, the most southern city on Earth, drink the purest water reaching a city in the world. Water from the Róbalo River, which flows through the Omora Ethnobotanical Park, supplies the city with little or no treatment.

The source of the Róbalo River is in the spectacular Dientes de Navarino, and it travels around 12 km descending a drop of 600 meters before flowing into the southern shore of the Beagle channel. The river crosses six ecosystems considered among the 24 most pristine on the planet. This was certified in February 2016 by a team of scientists from the University of North Texas (UNT), in collaboration with the University of Magallanes (UMAG) and the Ecology and Biodiversity Institute of the University of Chile. Apart from the Róbalo, the scientists used mass spectrometers to analyze the water of other adjacent rivers like Ukika and Bronces, and Laguna Los Guanacos: none of them detected contaminating particles. 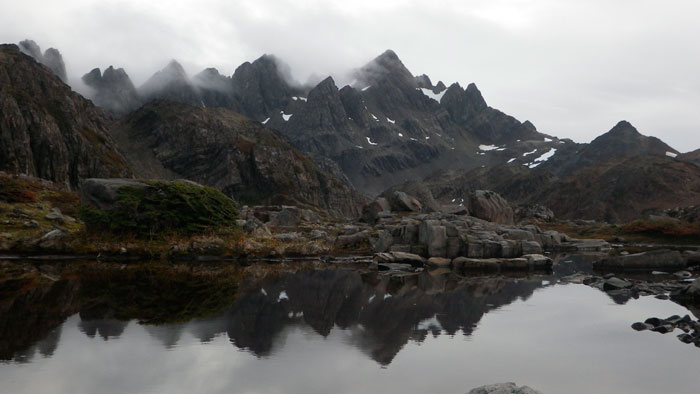 River and sea, one single system

The Róbalo River is one of the objects of study of the scientists, who consider it the perfect example of how clean water is the basis for maintaining life. Along the river, ecologists study how biological interactions develop without the interference of polluting elements generated by human industrial activity. It is a journey in time that shows the basis on which life on Earth developed tens of thousands of years ago.

The river transports nutrients from forests and discharges them into the sea; at its mouth, birds, fish and insect transform and distribute them in ecological harmony. This is a beautiful example of interaction and interdependence: river and sea become one single system, a small scale reproduction of the only water that covers the world.  The educational programs fostered by the University of Magallanes aim to convey this idea, a key factor to face the current climate and environmental crisis.

To this end, the University places special emphasis on the recovery of the ancestral culture of the Yaghans, the indigenous people of the area, among the inhabitants of the region. The Yaghans or Yamana were nomads, they travelled with canoes and spent their lives hunting, fishing and harvesting around the mouths of these pure water rivers.

The fight against pollution in the Beagle channel 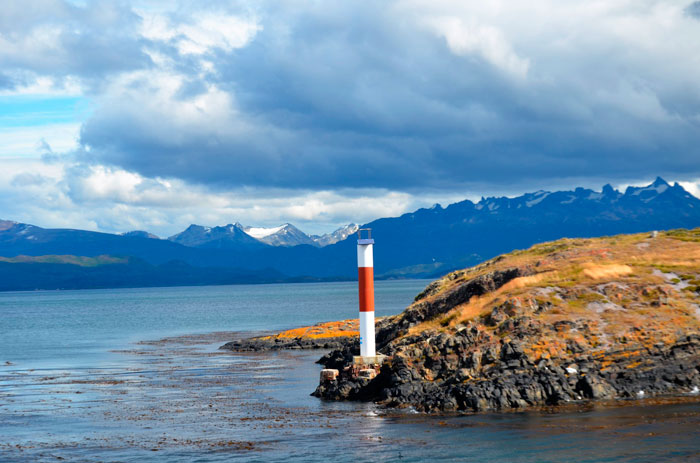 But while freshwater breaks purity records, seawater does suffer the effects of the industrial era. The eastern sector of the Beagle channel marks the border between Argentina (on its northern shore) and Chile (in the south). Apart from Puerto Williams, the Beagle channel washes the shores of the Argentinian city of Ushuaia, with over 70,000 inhabitants, which is the main economic center in Tierra del Fuego, with much port activity and industries related to the natural resources of the area, such as sawmills, aquaculture, canneries and tourism.

Different studies found high levels of organic matter from sewage and other pollutants such as cadmium and microplastics in the water of the channel. Both the Argentinian and Chilean authorities are implementing plans and making investments to clean the seawater. Environmentalists from both countries also alert of the proliferation of salmon farms, aquaculture plants engaged in raising salmon in sea cages, which pollute the seabed with antibiotics and harm the endemic fauna due to the escape of fish.

Sanitation infrastructures have been built in Ushuaia and Puerto Williams in recent years, which are evidently improving the sewage problem. In the Argentinian city, the construction of water treatment plants has drastically reduced fecal pollution. In Puerto Williams, regional councils in the area approved a project five years ago with an investment of 4.25 billion dollars (almost 10% of the regional budget) to provide the city with a water evacuation and treatment system and sewerage improvements.

Ecotourism, an economic and educational tool

It is already very difficult for the waters in the Beagle channel to recover a level of cleanliness that is equivalent to that of the rivers that feed it. But it is possible to stop the polluting processes by means of investments in infrastructures and by developing alternative sources of wealth. Ecotourism is one of them.

In Argentina, the National Parks Administration (APN in Spanish) fosters ecotourism activities in the Tierra del Fuego National Park. In 2014, the Chilean government unanimously agreed the financing of the Cape Horn Subantarctic Center, in the Tierra del Fuego archipelago, together with the UMAG, the UNT and the Millennium Institute of Ecology and Biodiversity of Chile, with the aim of turning the area into a nucleus and global models of sustainable tourism and to develop the socioecological science.

The Chilean project has developed the “tourism with a magnifying glass” project, which aims to show visitors the fascinating invisible world present in the area: the hidden life provided by water. This world ranges from tiny freshwater invertebrates, essential for the preservation of the environment, to the “invisible forests” that remain hidden from view and show how ecological models are reproduced on a small scale.

The preservation of Tierra del Fuego is a responsibility that affects us all. The study of the ecosystems should lead to the creation of human capital specializing in ecology and sustainable tourism and foster non-intrusive and educational economic development models that allow us to move forward towards a sustainable planet. 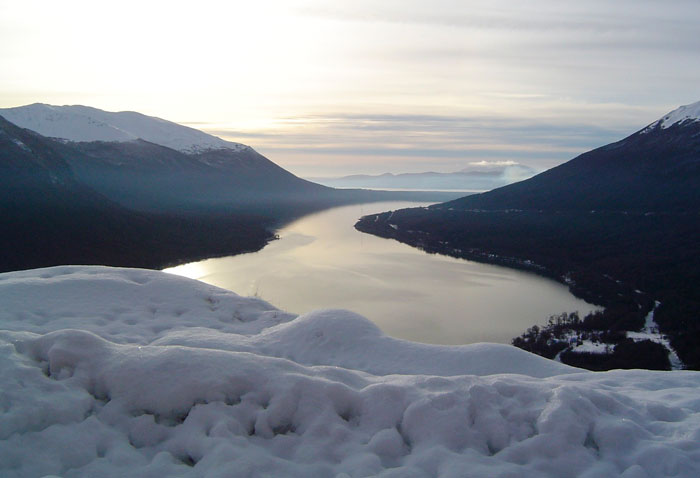